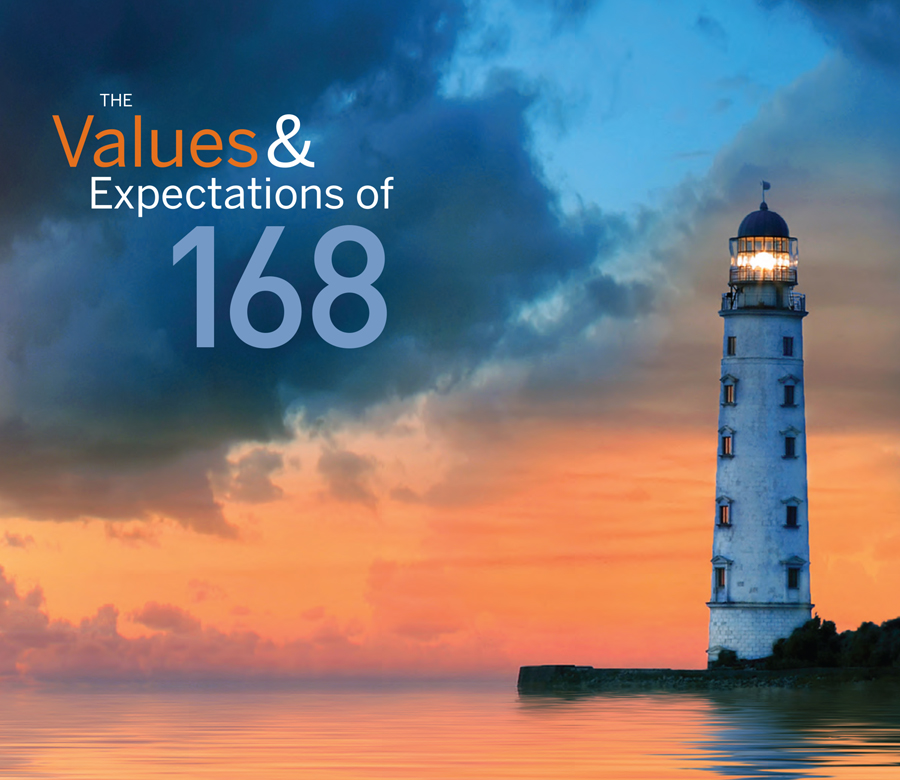 Guided by a belief that what benefits our associates is likewise good for the business and its stockholders, coupled with our desire to Build a Better World, RPM has developed corporate governance and ethics practices that create long-term stakeholder value by leveraging the success of its 15,500 associates worldwide and promoting balanced decisions and reasonable oversight through thoughtful leadership.

Our culture of continuous improvement is largely guided by The Value of 168, a corporate philosophy set forth by RPM’s founder Frank C. Sullivan. The Value of 168 comes to life through motivated associates who enjoy their work and create the conditions that allow our customers to grow and our stakeholders to prosper. Our code of business conduct and ethics, The Values & Expectations of 168, and its core principles are the cornerstone for all decision-making at RPM.

Since 1977, outside Directors have comprised a majority of our Board of Directors, with only independent Directors having served on the Audit and Compensation Committees. These practices were in place at RPM nearly three decades prior to being mandated by the New York Stock Exchange.

With our leading code of conduct, policies, commitment to transparency, independent board and generous benefits program, RPM fosters and encourages a culture of excellence, diversity, equity and inclusivity.  Our commitment to meeting high standards of ethical behavior, corporate governance and business conduct has led RPM to implement the practices shown here.

We, at RPM, are committed to competing vigorously in all aspects of business but will only do so in an ethical and responsible manner.  In our drive to Build a Better World we will continue to be responsible entrepreneurs and always behave with the highest integrity and moral courage.

We invite you to learn more about RPM and its practices by exploring this website and reading our Values & Expectations of 168 as well as our ESG Report.

When identifying and evaluating candidates for Board roles, the Committee actively seeks qualified candidates who reflect diverse backgrounds. In January 2020, RPM formalized this commitment by adopting the Rooney Rule for filling Board vacancies — a mandate to include diverse candidates in the selection pool for each new Board vacancy, accounting for diversity in ethnicity and gender.

A HISTORY OF GENDER DIVERSITY

We are proud of out long-standing commitment to gender diversity, particularly on our Board.

All Directors on the Audit, Compensation, and Governance and Nominating Committees are independent.

Board of Directors Committee Composition
Below is a summary of RPM’s committee structure and membership information for its board of directors. To read more about any of the committees, click on committee names in the chart below.
TABLE KEY

Majority Voting for Directors– in an uncontested election, any nominee for Director who receives more votes “withheld” from his or her election than votes “for” such election is expected to tender his or her resignation for prompt consideration by the Governance and Nominating Committee and by the Board of Directors.

Adoption of Rooney Rule– the Governance and Nominating Committee of the Board of Directors adopted the “Rooney Rule” under which the Governance and Nominating Committee set forth in its Charter its commitment to include, for the purposes of filing any vacancies on the Board of Directors, qualified candidates who reflect diverse backgrounds, including diversity of gender and ethnicity, in each search for new Directors.

Clawback Policy– the Board of Directors may require reimbursement of certain bonuses or incentive compensation awarded to an executive officer if, as the result of that executive officer’s misconduct, RPM is required to restate all or a portion of its financial statements.

Environmental, Social and Governance (ESG) Oversight– the Governance and Nominating Committee of the Board of Directors oversees RPM’s efforts to identify sustainability risks and opportunities, and the development and implementation of initiatives RPM may institute from time to time relating to same.

This website uses cookies and other tracking technologies (also known as pixels or beacons) to aid your experience (such as viewing videos), as well as “performance cookies” to analyze your use of this website and to assist with marketing efforts.  If you click the "Accept All Cookies" button or continue navigating the website, you agree to having those first and third-party cookies set on your device.  If you do not wish to accept cookies from this website, you can choose to not allow cookies from this website by updating your browser preferences.  For more information on how we use Cookies, please read our Privacy Policy. A copy of the S172 Statements can be found in the strategic report included in the accounts filed at Companies House. 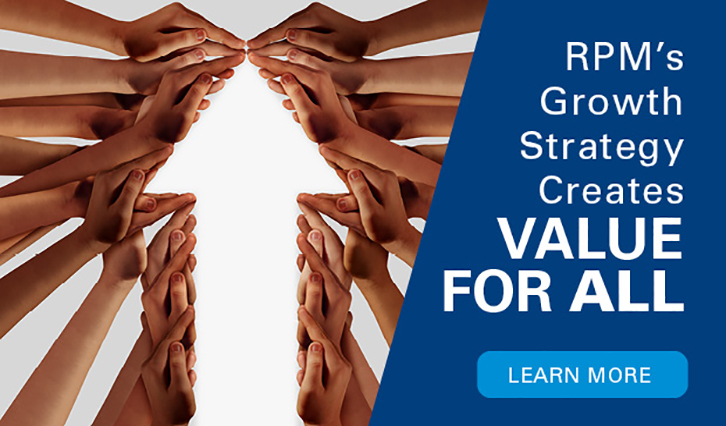 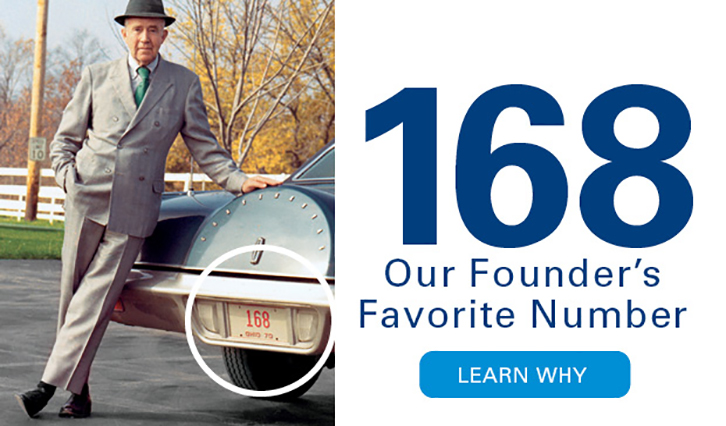